In 1760, Samuel Partridge, a renowned joiner, built what became known as the Connecticut River Valley doorway for a home in Deerfield, Massachusetts. Neighboring Deerfield Academy later purchased the home. Its distinctive doorway is one of the finest surviving examples of this unique vernacular style of the mid-eighteenth century.

In 2000, after withstanding 240 years of harsh New England weather, Deerfield Academy removed the doorway to preserve and display it for future generations to admire. Architectural Components was chosen to reproduce the original doorway in every detail, down to the patina on the brass knocker. 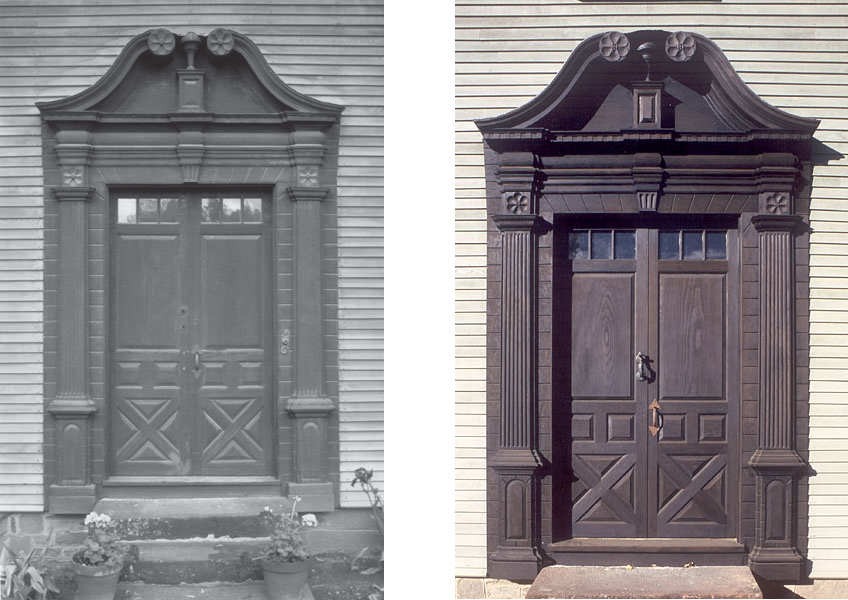 We spent months researching, measuring, admiring and drawing upon the workmanship of Samuel Partridge. The original doorway was built from native old-growth eastern white pine, a remarkably durable wood. Though not old-growth timber, we selected clear, eastern white pine. We removed the sapwood edges, leaving the denser, extractive-filled and rot-resistant heartwood. Using traditional joinery, we reproduced the doorway and surrounds—matching every molding profile and carving detail. Interior surfaces were hand planed and the exterior was sandblasted to raise the grain and create a weathered appearance. For added protection, we treated the finished doorway with preservative. A local blacksmith reproduced the wrought-iron hardware and a foundry cast the brass knocker. 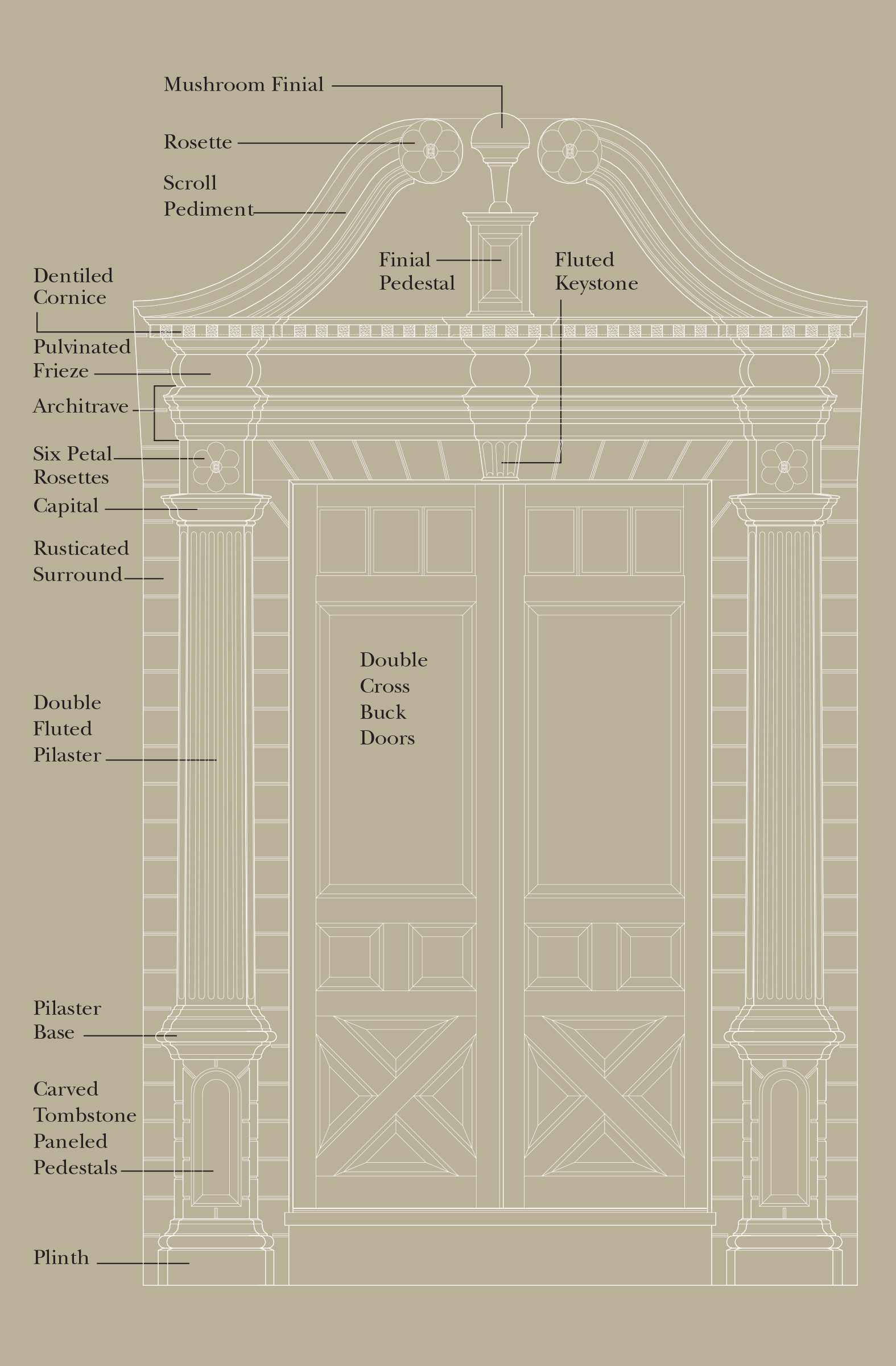 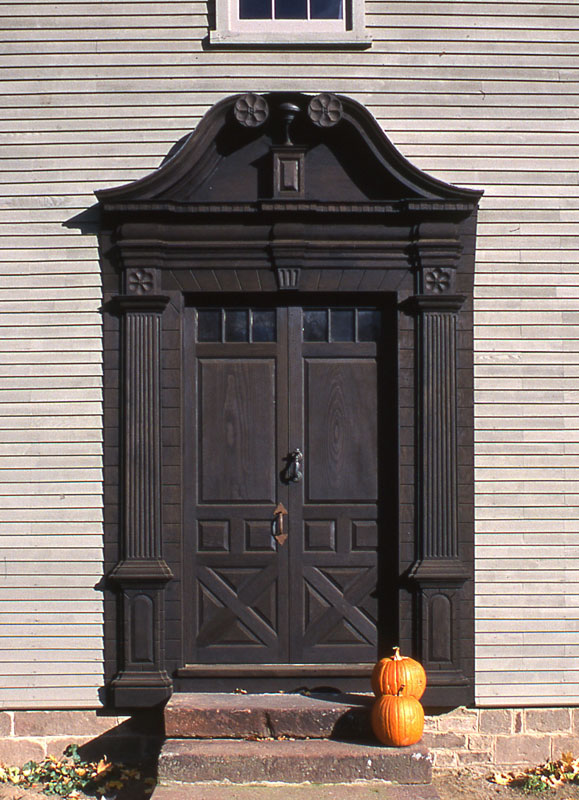 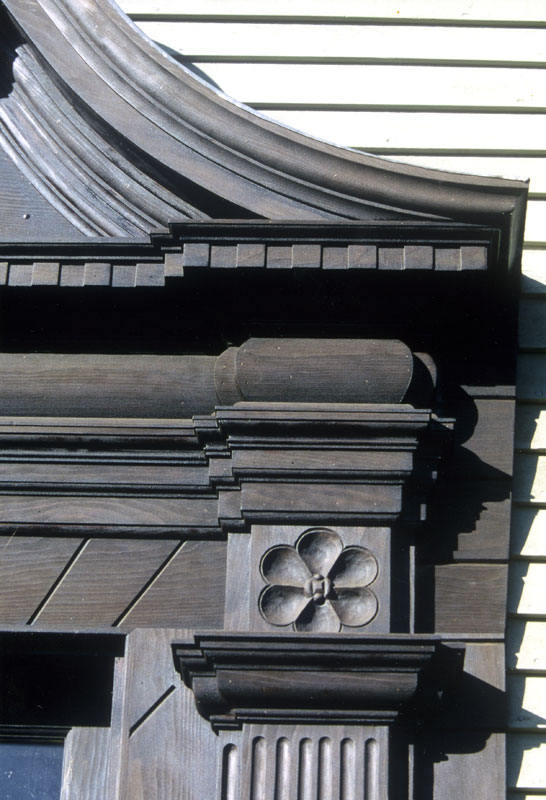 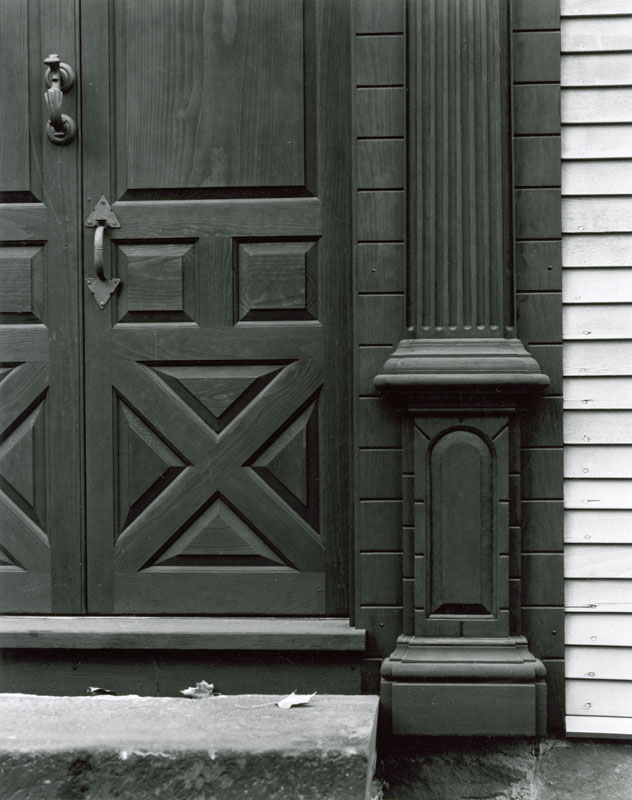